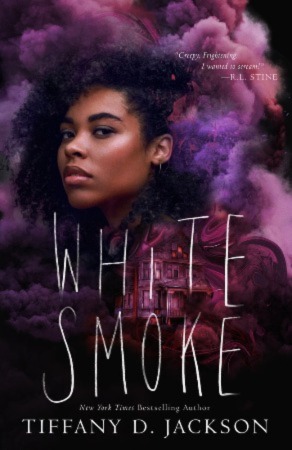 When the Sterling Foundation offers Marigold’s mom free housing for a year, her newly blended family moves to the embattled city of Cedarville, along with Mari’s bratty stepsister, Piper. Mari wants to be back in sunny California, not this oddly renovated home in a decaying town—but it’s not like the house wants her there, either.

It starts off slow. The perma-locked basement. Doors opening and closing when no one’s there. Mari’s stuff getting moved around her room. Piper makes a new friend, Ms. Suga, except no one else has seen her. But ghosts aren’t real, right? Mari and her brother, Sammy, set up cameras to investigate.

When a fire starts across the street, Marigold becomes suspicious of Piper. After Sammy needs to be taken to the hospital when he almost dies, Mari decides they need to leave this house. Now.

But the danger isn’t limited to just her own home—Cedarville has its own secrets. And secrets always find their way through the cracks. Marigold won’t be safe until she brings the truth to light once and for all.

Be the first to review “White Smoke” Cancel reply