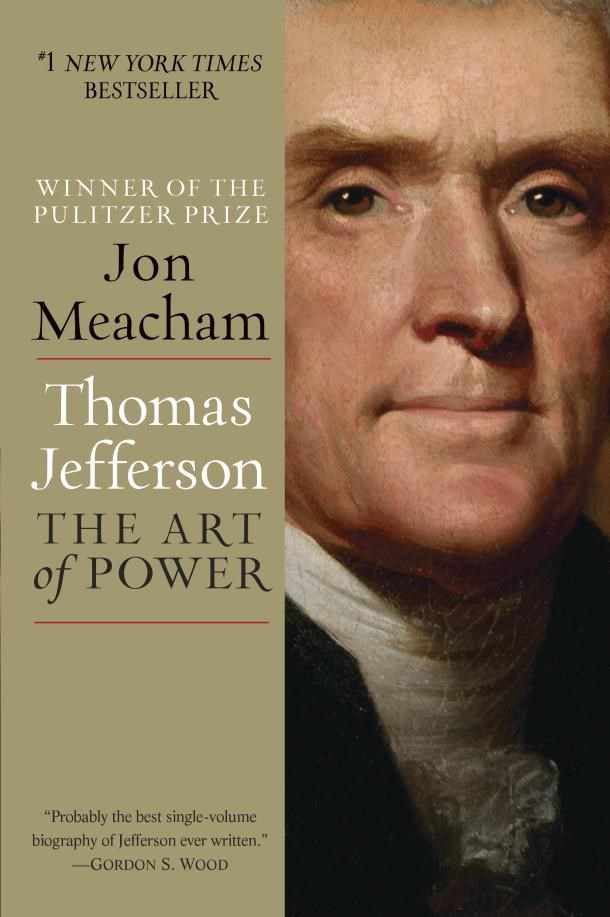 Thomas Jefferson: The Art of Power

Thomas Jefferson hated confrontation, and yet his understanding of power and of human nature enabled him to move men and to marshal ideas, to learn from his mistakes, and to prevail. Passionate about many things—women, his family, books, science, architecture, gardens, friends, Monticello, and Paris—Jefferson loved America most, and he strove over and over again, despite fierce opposition, to realize his vision: the creation, survival, and success of popular government in America. Jon Meacham lets us see Jefferson’s world as Jefferson himself saw it, and to appreciate how Jefferson found the means to endure and win in the face of rife partisan division, economic uncertainty, and external threat. Drawing on archives in the United States, England, and France, as well as unpublished Jefferson presidential papers, Meacham presents Jefferson as the most successful political leader of the early republic, and perhaps in all of American history.

The father of the ideal of individual liberty, of the Louisiana Purchase, of the Lewis and Clark expedition, and of the settling of the West, Jefferson recognized that the genius of humanity—and the genius of the new nation—lay in the possibility of progress, of discovering the undiscovered and seeking the unknown. From the writing of the Declaration of Independence to elegant dinners in Paris and in the President’s House; from political maneuverings in the boardinghouses and legislative halls of Philadelphia and New York to the infant capital on the Potomac; from his complicated life at Monticello, his breathtaking house and plantation in Virginia, to the creation of the University of Virginia, Jefferson was central to the age. Here too is the personal Jefferson, a man of appetite, sensuality, and passion.

Be the first to review “Thomas Jefferson: The Art of Power” Cancel reply