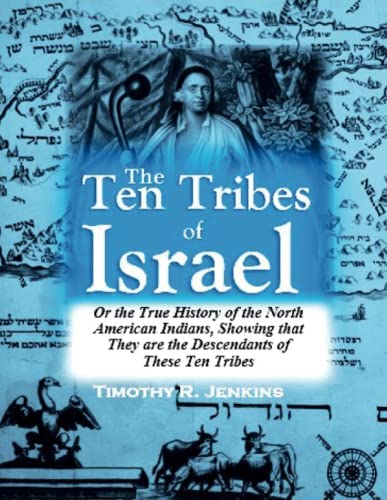 The Ten Tribes of Israel: Or the True History of the North American Indians, Showing that They are the Descendants of These Ten Tribes

Many years ago, the attention of the compiler of the following pages was first called to the subject by hearing a lecture delivered by a highly educated Cherokee Indian, on the manners and customs of the various Indian tribes of North America. During the course of his remarks, he stated that when he came to study the Hebrew language, he was astonished to find so much of his own language that was pure Hebrew. And after enumerating the various words of his own language that were Hebrew, he found them to exceed fifty. “And,” said he, “we were taught this by our ancestors, and they received it from their Hebrew ancestors, the Ten Tribes.”

And furthermore, he stated that he was as firmly convinced that the Indian tribes of North America were descendants of the Ten Tribes of Israel, as he was of any other fact. This statement induced us to examine history on this question, and we have found many facts corroborating the testimony of the Red Man of the forest. Though differing from some other writers on this subject, we have the testimony of a number of the most eminent men of America to sustain our position.
The compiler Timothy Jenkins (1821-1883) in his 1883 book “The Ten Tribes of Israel” gathers together a vast array of different facts, stories, legends, anecdotes, archaeological discoveries, language comparisons, etc., from a vast array of different sources to support the claim first propounded by the educated Cherokee that the American Indians are descendants of the Lost Ten Tribes of Israel.
The ten lost tribes were the ten of the twelve tribes of ancient Israel that were said to have been deported from the Kingdom of Israel after its conquest by the Neo-Assyrian Empire circa 722 BCE. These are the tribes of Reuben, Simeon, Dan, Naphtali, Gad, Asher, Issachar, Zebulun, Manasseh and Ephraim. Claims of descent from the “lost” tribes have been proposed in relation to many groups, and some religions espouse a messianic view that the tribes will return.

Be the first to review “The Ten Tribes of Israel: Or the True History of the North American Indians, Showing that They are the Descendants of These Ten Tribes” Cancel reply