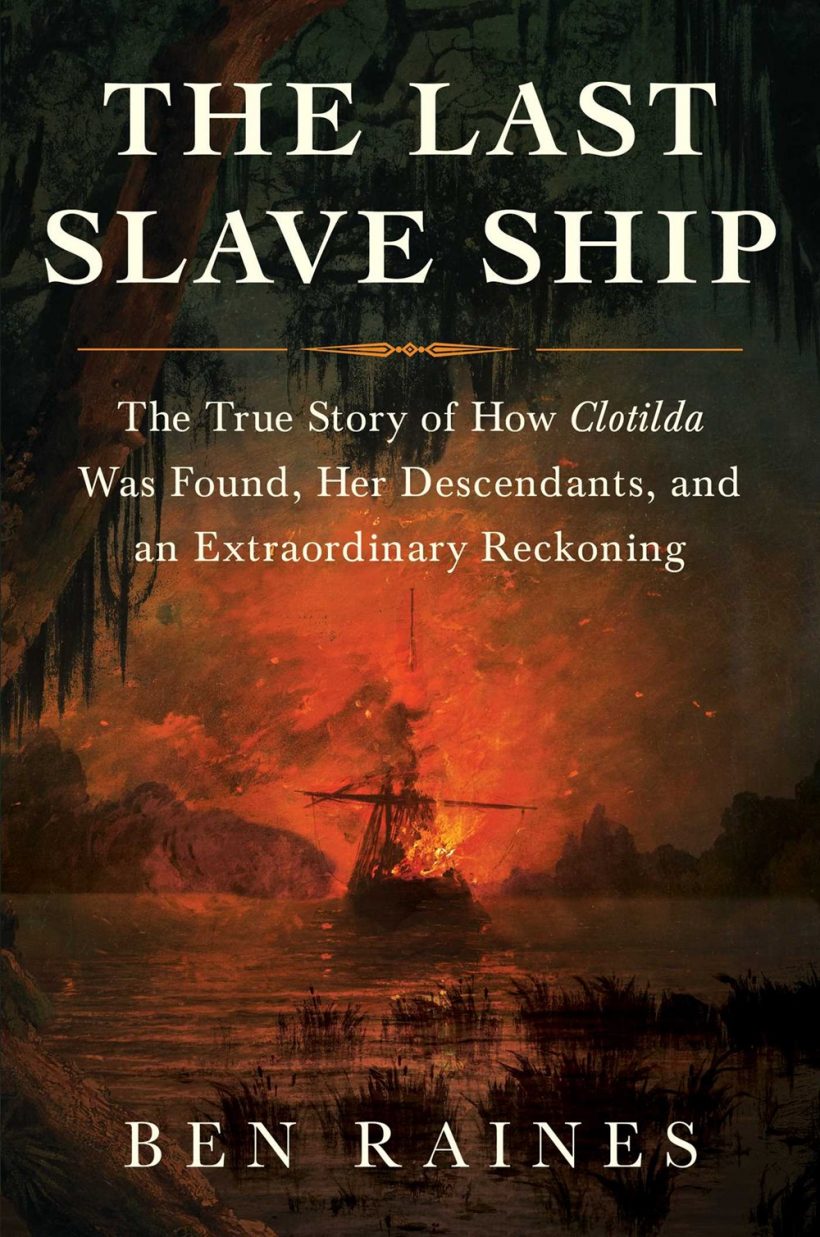 Fifty years after the Atlantic slave trade was outlawed, the Clotilda became the last ship in history to bring enslaved Africans to the United States. The ship was scuttled and burned on arrival to hide evidence of the crime, allowing the wealthy perpetrators to escape prosecution. Despite numerous efforts to find the sunken wreck, Clotilda remained hidden for the next 160 years. But in 2019, journalist Ben Raines made international news when he successfully concluded his obsessive quest through the swamps of Alabama to uncover one of our nation’s most important historical artifacts.

Traveling from Alabama to the ancient African kingdom of Dahomey in modern-day Benin, Raines recounts the ship’s perilous journey, the story of its rediscovery, and its complex legacy. Against all odds, Africatown, the Alabama community founded by the captives of the Clotilda, prospered in the Jim Crow South. Zora Neale Hurston visited in 1927 to interview Cudjo Lewis, telling the story of his enslavement in the New York Times bestseller Barracoon. And yet the haunting memory of bondage has been passed on through generations. Clotilda is a ghost haunting three communities—the descendants of those transported into slavery, the descendants of their fellow Africans who sold them, and the descendants of their American enslavers. This connection binds these groups together to this day. At the turn of the century, descendants of the captain who financed the Clotilda’s journey lived nearby—where, as significant players in the local real estate market, they disenfranchised and impoverished residents of Africatown.

From these parallel stories emerges a profound depiction of America as it struggles to grapple with the traumatic past of slavery and the ways in which racial oppression continue to this day. And yet, at its heart, The Last Slave Ship remains optimistic—an epic tale of one community’s triumphs over great adversity and a celebration of the power of human curiosity to uncover the truth about our past and heal its wounds.

Be the first to review “The Last Slave Ship” Cancel reply