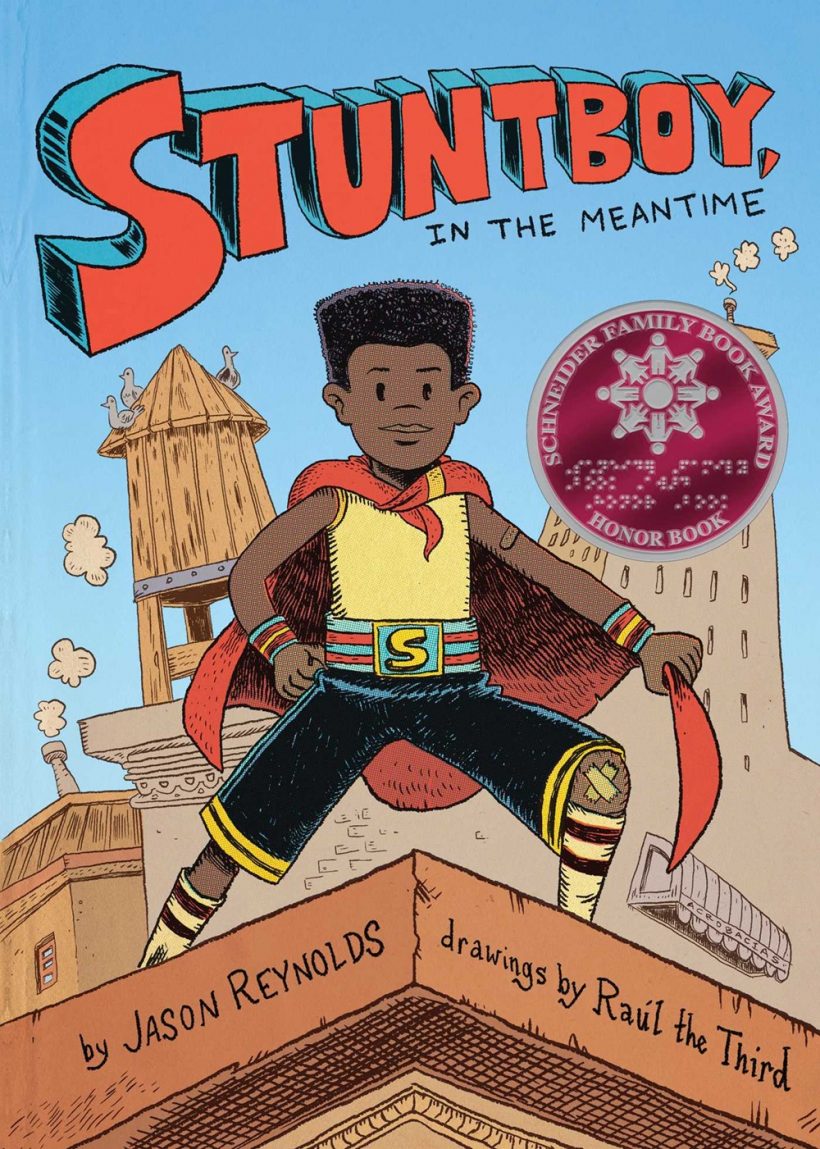 Stuntboy, In The Meantime

Portico Reeves’s superpower is making sure all the other superheroes—like his parents and two best friends—stay super. And safe. Super safe. And he does this all in secret. No one in his civilian life knows he’s actually…Stuntboy!

But his regular Portico identity is pretty cool, too. He lives in the biggest house on the block, maybe in the whole city, which basically makes it a castle. His mom calls where they live an apartment building. But a building with fifty doors just in the hallways is definitely a castle. And behind those fifty doors live a bunch of different people who Stuntboy saves all the time. In fact, he’s the only reason the cat, New Name Every Day, has nine lives.

All this is swell except for Portico’s other secret, his not-so-super secret. His parents are fighting all the time. They’re trying to hide it by repeatedly telling Portico to go check on a neighbor “in the meantime.” But Portico knows “meantime” means his parents are heading into the Mean Time which means they’re about to get into it, and well, Portico’s superhero responsibility is to save them, too—as soon as he figures out how.

Only, all these secrets give Portico the worry wiggles, the frets, which his mom calls anxiety. Plus, like all superheroes, Portico has an arch-nemesis who is determined to prove that there is nothing superabout Portico at all.

Be the first to review “Stuntboy, In The Meantime” Cancel reply