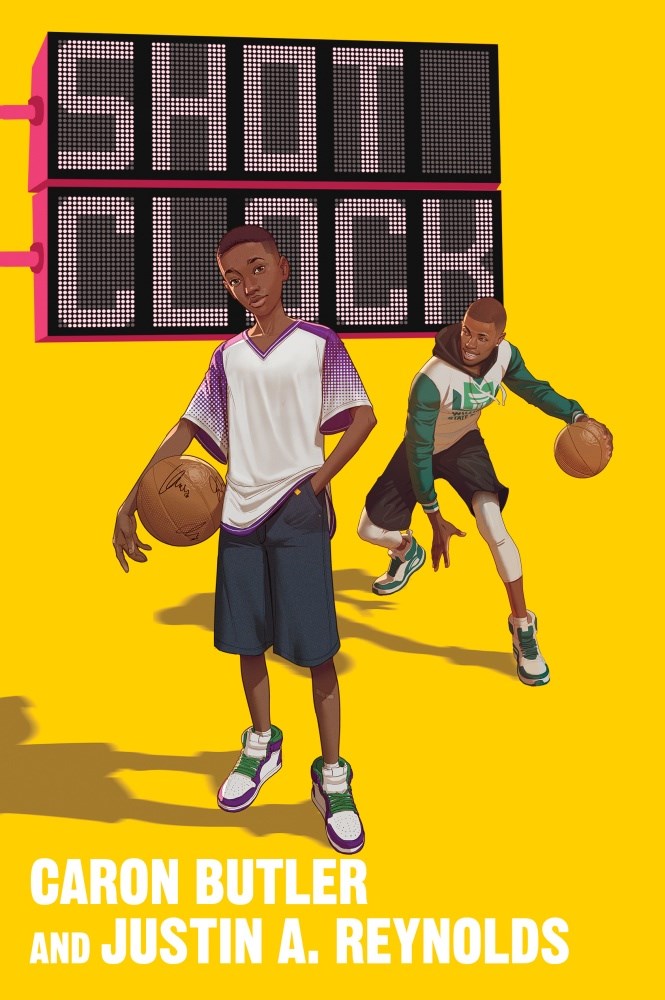 Tony loves basketball. But the game changed recently when his best friend, Dante, a hoops phenom, was killed by a police officer. Tony hopes he can carry on Dante’s legacy by making the Sabres, the AAU basketball team Dante took to two national championships.

He doesn’t make the team, but Coach James likes what he sees from him at tryouts and offers him another chance: join the team as the statistician. With his community reeling and the team just finding its footing on the court, can he find a path to healing while helping to bring the Sabres a championship?

BIGGER THAN BASKETBALL: This series will appeal to young basketball fans, but the focus of these stories will be on the kids playing the game and their lives on and off the court, dealing with friendship, family, and community. This series is perfect for middle grade readers and younger teens as well as fans of the Track series by Jason Reynolds.

Be the first to review “Shot Clock” Cancel reply