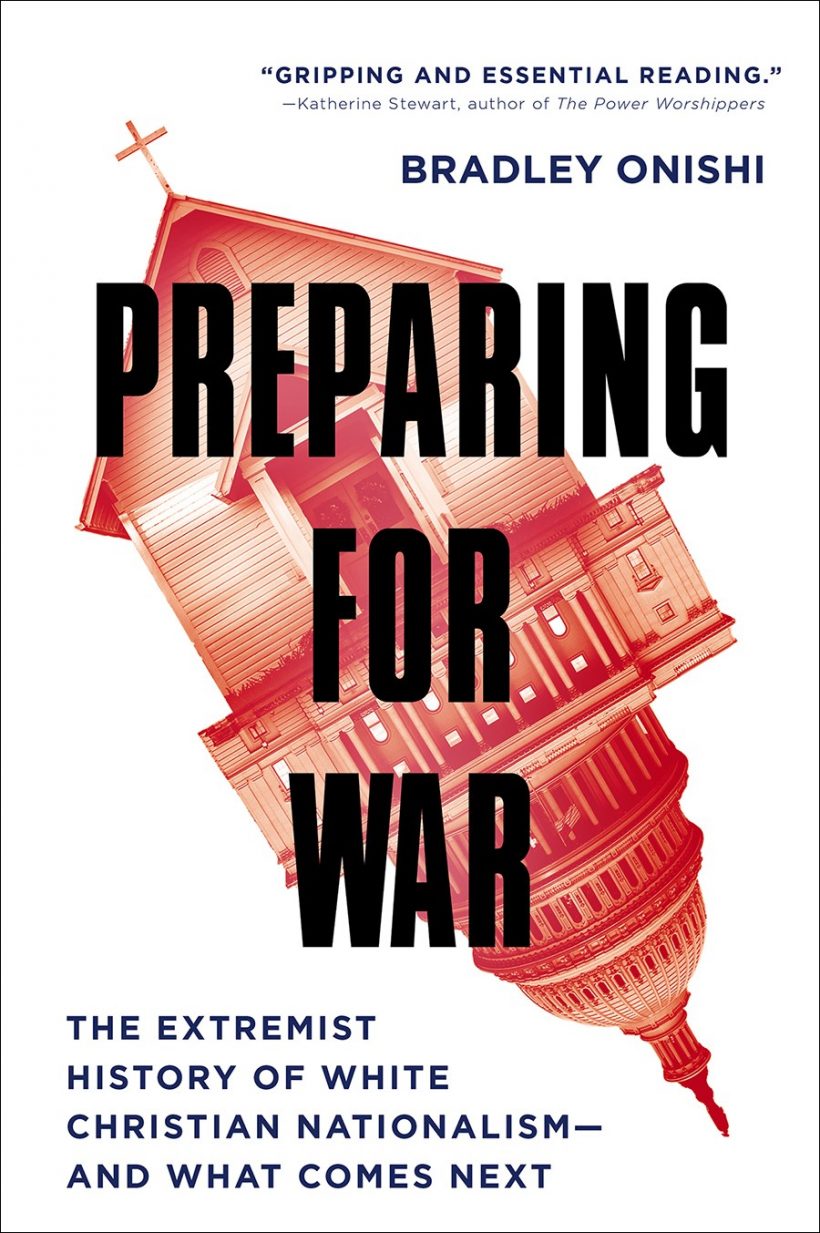 Preparing for War: The Extremist History of White Christian Nationalism-and What Comes Next

The insurrection at the US Capitol on January 6, 2021, was not a blip or an aberration. It was the logical outcome of years of a White evangelical subculture’s preparation for war. Religion scholar and former insider Bradley Onishi maps the origins of White Christian nationalism and traces its offshoots in Preparing for War.

Combining his own experiences in the youth groups and prayer meetings of the 1990s with an immersive look at the steady blending of White grievance politics with evangelicalism, Onishi crafts an engrossing account of the years-long campaign of White Christian nationalism that led to January 6. How did the rise of what Onishi calls the New Religious Right, between 1960 and 2015, give birth to violent White Christian nationalism during the Trump presidency and beyond? What propelled some of the most conservative religious communities in the country–communities of which Onishi was once a part–to ignite a cold civil war?

Through chapters on White supremacy and segregationist theologies, conspiracy theories, the Christian-school movement, purity culture, and the right-wing media ecosystem, Onishi pulls back the curtain on a subculture that birthed a movement and has taken a dangerous turn. In taut and unsparing prose, Onishi traces the migration of many White Christians to Idaho, Montana, and Wyoming in what is known as the American Redoubt. Learning the troubling history of the New Religious Right and the longings and logic of White Christian nationalism is deeply alarming. It is also critical for preserving the shape of our democracy for years to come.

Be the first to review “Preparing for War: The Extremist History of White Christian Nationalism-and What Comes Next” Cancel reply