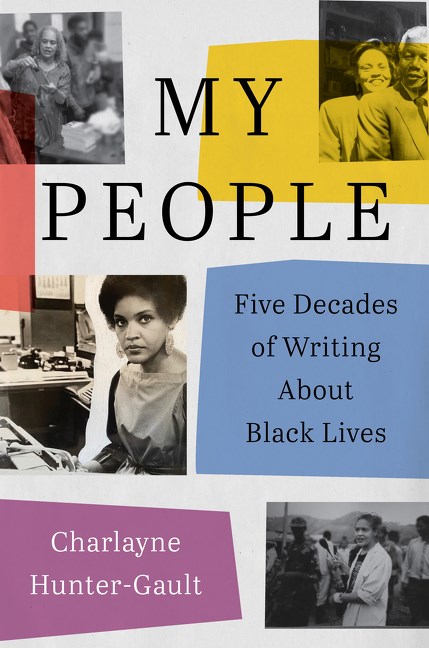 My People : Five Decades of Writing About Black Lives

Legendary Emmy Award-winning journalist, a collection of ground-breaking reportage from across five decades which vividly chronicles the experience of Black life in America today.

Definitive essay collection from famous journalist with storied career.  Charlayne’s lifelong commitment to reporting on Black people in their totality, “in ways that are recognizable to themselves.” Spanning from the Civil Rights Movement through the election and inauguration of America’s first Black president and beyond, this invaluable collection shows the breadth and nuance of the Black experience through trials, tragedies, and triumphs and everyday lives.

By the age of eighteen, future journalist Charlayne Hunter-Gault had already made national news. As one of the first two Black students to integrate the University of Georgia, she mounted a legal challenge that culminated in their admission to the school in January 1961. The young and now legendary New Yorker writer Calvin Trillin reported on the story for the magazine and in his first book, 1964’s An Education in Georgia. By then, she had accepted her own job with The New Yorker, where she’d become the first Black “Talk of the Town” reporter and launch a career that took her from being the subject of national news to one of its most recognizable interpreters.

Over more than five decades, she, charted a course through some of the world’s most respected journalistic institutions, at a time when she was often the only Black woman in the newsroom. Throughout that time, she has chronicled the lives of Black people in America, shining a light on their experiences and giving a glimpse into their community in a way that had never been done before. Though she covered a variety of topics over her decades long career, when compiled into one place they show a clear evolution of the issues Black Americans have faced, and how they have been covered by the media. More often than not, her writing showcases an unsurprising pattern: many of the same issues continue to persist today.

Be the first to review “My People : Five Decades of Writing About Black Lives” Cancel reply