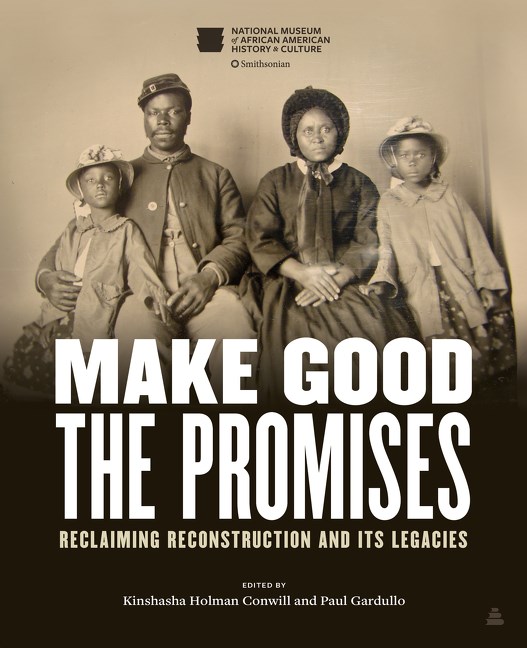 Make Good the Promises : Reclaiming Reconstruction and Its Legacies

In the aftermath of the Civil War, millions of free and newly freed African Americans were determined to define themselves as equal citizens in a country without slavery—to own land, build secure families, and educate themselves and their children. Seeking to secure safety and justice, they successfully campaigned for civil and political rights, including the right to vote. Across an expanding America, Black politicians were elected to all levels of government, from city halls to state capitals to Washington, DC.

But those gains were short-lived. By the mid-1870s, the federal government stopped enforcing civil rights laws, allowing white supremacists to use suppression and violence to regain power in the Southern states. Black men, women, and children suffered racial terror, segregation, and discrimination that confined them to second-class citizenship, a system known as Jim Crow that endured for decades.

Be the first to review “Make Good the Promises : Reclaiming Reconstruction and Its Legacies” Cancel reply