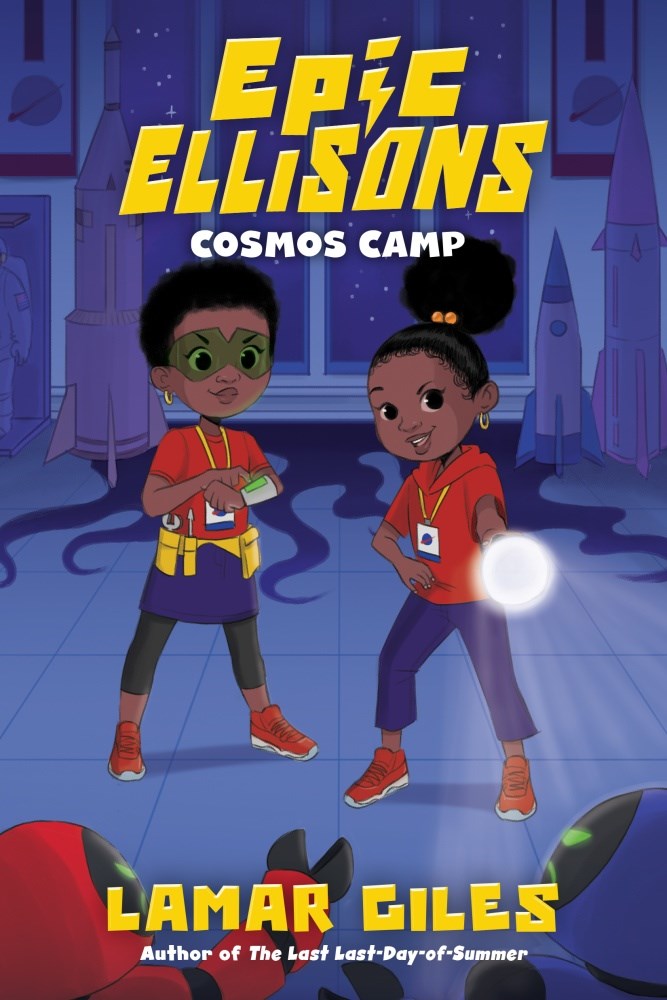 School’s out, and Wiki and Leen Ellison are facing a new challenge . . . their first summer apart! Genius inventor Leen has been accepted to Petey Thunkle’s world-famous summer training program for STEM prodigies with their eyes on the stars. Meanwhile, Wiki is looking forward to her first summer on her own, running the family corn stand and outclassing Otto and Sheed Alston.

But the night before Leen’s departure, the twins find out that Wiki has also been accepted into the same camp (even though she didn’t apply). And they are . . . not thrilled. This summer was never supposed to be a Twin Thing! The situation soon goes from bad to worse—because the Ellisons haven’t been invited just to participate in the program. They’re there to solve a mystery.

Someone (or something) has been tampering with the company’s upcoming big-deal rocket launch. Now the sisters are undercover, dealing with hypercompetitive campers by day and trying to stop the mysterious saboteur by night.

All is not as it seems at PeteyTech. There are bigger, badder forces at play than the girls could’ve imagined. And if Wiki and Leen don’t get their act together fast, their first epic adventure away from Logan County could end up an epic fail . . . for the entire world.