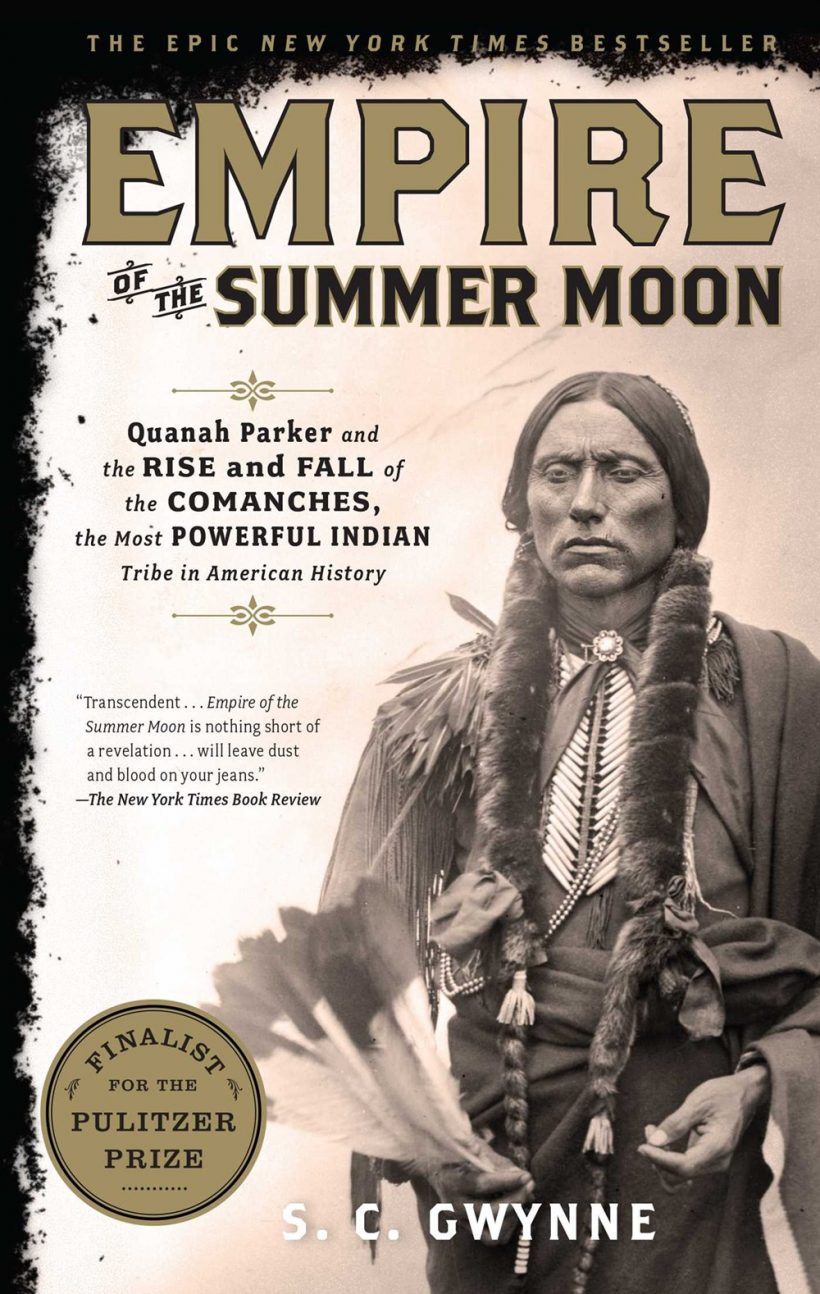 Empire of the Summer Moon

Empire of the Summer Moon spans two astonishing stories. The first traces the rise and fall of the Comanches, the most powerful Indian tribe in American history. The second entails one of the most remarkable narratives ever to come out of the Old West: the epic saga of the pioneer woman Cynthia Ann Parker and her mixed-blood son Quanah, who became the last and greatest chief of the Comanches.

Although readers may be more familiar with the tribal names Apache and Sioux, it was in fact the legendary fighting ability of the Comanches that determined when the American West opened up. Comanche boys became adept bareback riders by age six; full Comanche braves were considered the best horsemen who ever rode. They were so masterful at war and so skillful with their arrows and lances that they stopped the northern drive of colonial Spain from Mexico and halted the French expansion westward from Louisiana. White settlers arriving in Texas from the eastern United States were surprised to find the frontier being rolled backward by Comanches incensed by the invasion of their tribal lands.

The war with the Comanches lasted four decades, in effect holding up the development of the new American nation. Gwynne’s exhilarating account delivers a sweeping narrative that encompasses Spanish colonialism, the Civil War, the destruction of the buffalo herds, and the arrival of the railroads, and the amazing story of Cynthia Ann Parker and her son Quanah—a historical feast for anyone interested in how the United States came into being.

Hailed by critics, S. C. Gwynne’s account of these events is meticulously researched, intellectually provocative, and, above all, thrillingly told. Empire of the Summer Moon announces him as a major new writer of American history.