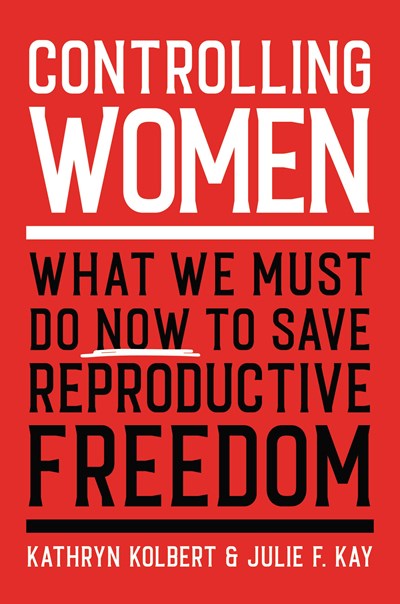 Controlling Women: What We Must Do Now To Save Reproductive Freedom

Reproductive freedom has never been in more dire straits. Roe v. Wade protected abortion rights and Planned Parenthood v. Casey unexpectedly preserved them. Yet in the following decades these rights have been gutted by restrictive state legislation, the appointment of hundreds of anti-abortion judges, and violence against abortion providers. Today, the ultra-conservative majority at the Supreme Court has overturned our most fundamental reproductive protections.

With Roe toppled, abortion is now a criminal offense in nearly one-third of the United States. At least six states have enacted bans on abortion as early as six weeks of pregnancy—before many women are even aware they are pregnant. Today, 89% of U.S. counties do not have a single abortion provider, in part due to escalating violence and intimidation aimed at disrupting services. We should all be free to make these personal and private decisions that affect our lives and well-being without government interference or bias, but we can no longer depend on Roe v. Wade and the federal courts to preserve our liberties.

Legal titans Kathryn Kolbert and Julie F. Kay share the story of one of the most divisive issues in American politics through behind-the-scenes personal narratives of stunning losses, hard-earned victories, and moving accounts of women and health care providers at the heart of nearly five decades of legal battles. Kolbert and Kay propose audacious new strategies inspired by medical advances, state-level protections, human rights models, and activists across the globe whose courage and determination are making a difference.

No more banging our heads against the Court’s marble walls. It is time for a new direction.

Be the first to review “Controlling Women: What We Must Do Now To Save Reproductive Freedom” Cancel reply