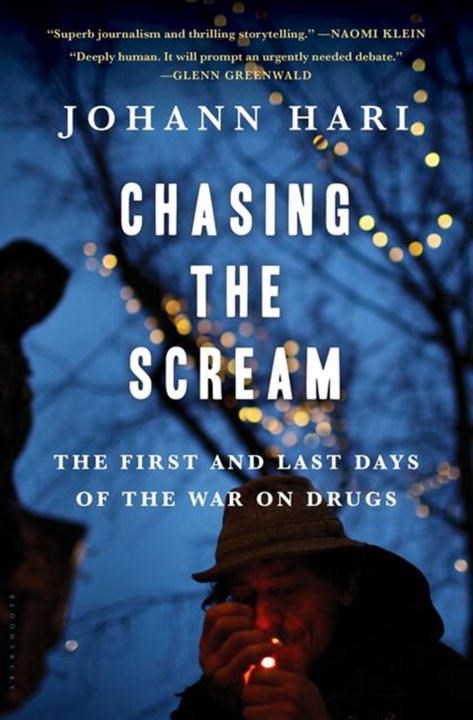 Chasing the Scream: The First and Last Days of the War On Drugs

January 2015 will mark a century of the United States’s war on drugs: one hundred years since the first arrests under the Harrison Act. Facing down this anniversary, Johann Hari was witnessing a close relative and an ex-boyfriend bottoming out on cocaine and heroin. He wanted to explore the larger contours of the story—to find out why the war began, why it continues, and how to move beyond it. Chronicling a twenty-thousand-mile global journey, Chasing the Scream is the story of the drug war’s many facets, reaching an unavoidable conclusion: the war should be abandoned, drugs legalized and controlled, and the money saved spent on prevention, support, and treatment.

Hari makes his strong, cogent points narratively, through dramatic human stories: The first commissioner of the Federal Bureau of Narcotics, whose revulsion to drugs began as a child with the overheard screams of a neighbor going through withdrawal. A mother in Mexico who spent years tracking her daughter’s murderer. A child smuggled out of the ghetto during the Holocaust who later helped unlock the science of addiction. A man who led his country to decriminalize all drugs—from cannabis to crack. Always we return to the front lines in the United States, where the war was instigated and exported, but where change is also coming.

Powerful and persuasive, Chasing the Scream is the page-turning story of a century-long mistake—showing the way to a more humane future.

Be the first to review “Chasing the Scream: The First and Last Days of the War On Drugs” Cancel reply