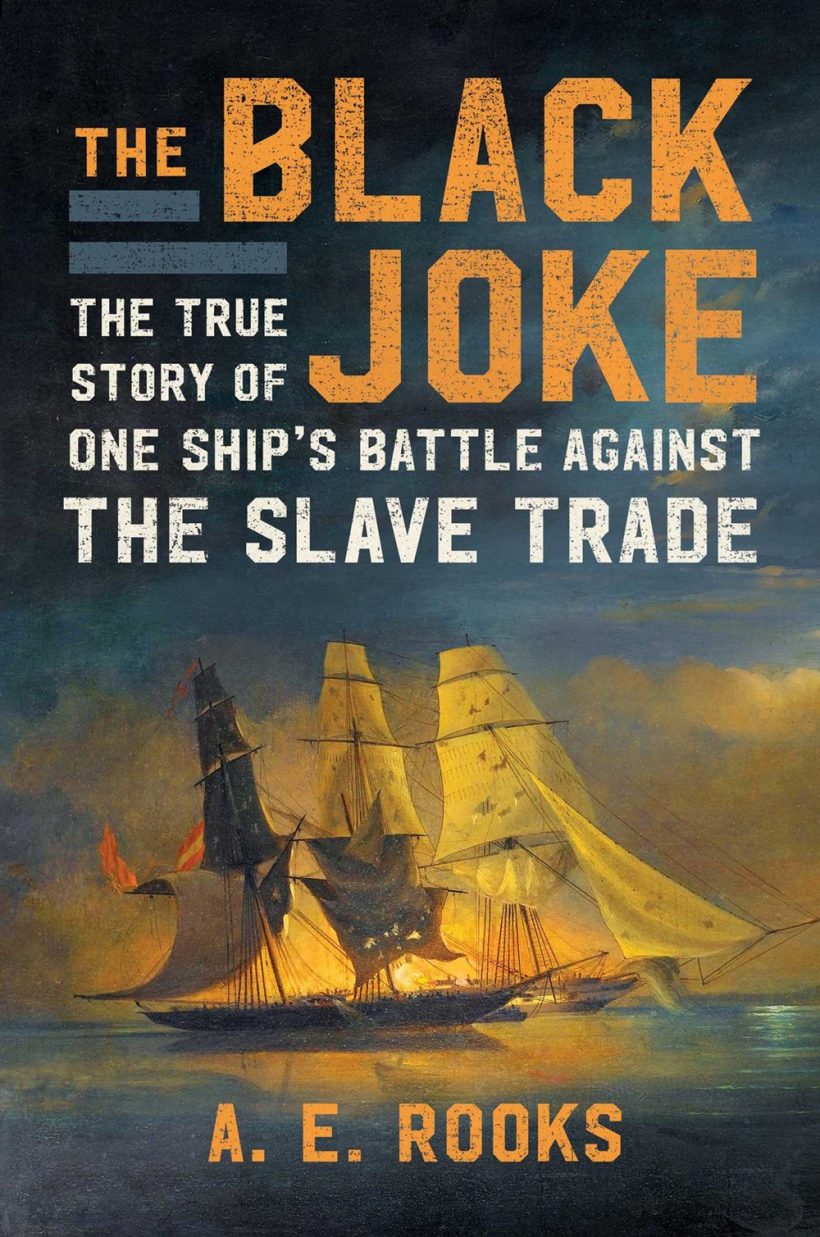 Black Joke: The True Story of One Ship’s Battle Against the Slave Trade

The most feared ship in Britain’s West Africa Squadron, His Majesty’s brig The Black Joke was one of a handful of ships tasked with patrolling the western coast of Africa in an effort to end hundreds of years of global slave trading. Sailing after the spectacular fall of Napoleon in France, yet before the rise of Queen Victoria’s England, Black Joke was first a slaving vessel itself, and one with a lightning-fast reputation; only a lucky capture in 1827 allowed it to be repurposed by the Royal Navy to catch its former compatriots. Over the next five years, the ship’s diverse crew and dedicated commanders would capture more ships and liberate more enslaved people than any other in the Squadron.

Now, author A.E. Rooks chronicles the adventures on this ship and its crew in a brilliant, lively narrative of the history of Britain’s suppression efforts. As Britain slowly attempted to snuff out the transatlantic slave trade by way of treaty and negotiation, enforcing these policies fell to the Black Joke and those that sailed with it as they battled slavers, weather disasters, and interpersonal drama among captains and crew that reverberated across oceans. In this history of the daring feats of a single ship, the abolition of the international slave trade is revealed as an inexplicably extended exercise involving tense negotiations between many national powers, both colonizers and formerly colonized, that would stretch on for decades longer than it should have.

Harrowing and heartbreaking, The Black Joke is a crucial and deeply compelling work of history, both as a reckoning with slavery and abolition and as a lesson about the power of political will—or the lack thereof.

Be the first to review “Black Joke: The True Story of One Ship’s Battle Against the Slave Trade” Cancel reply