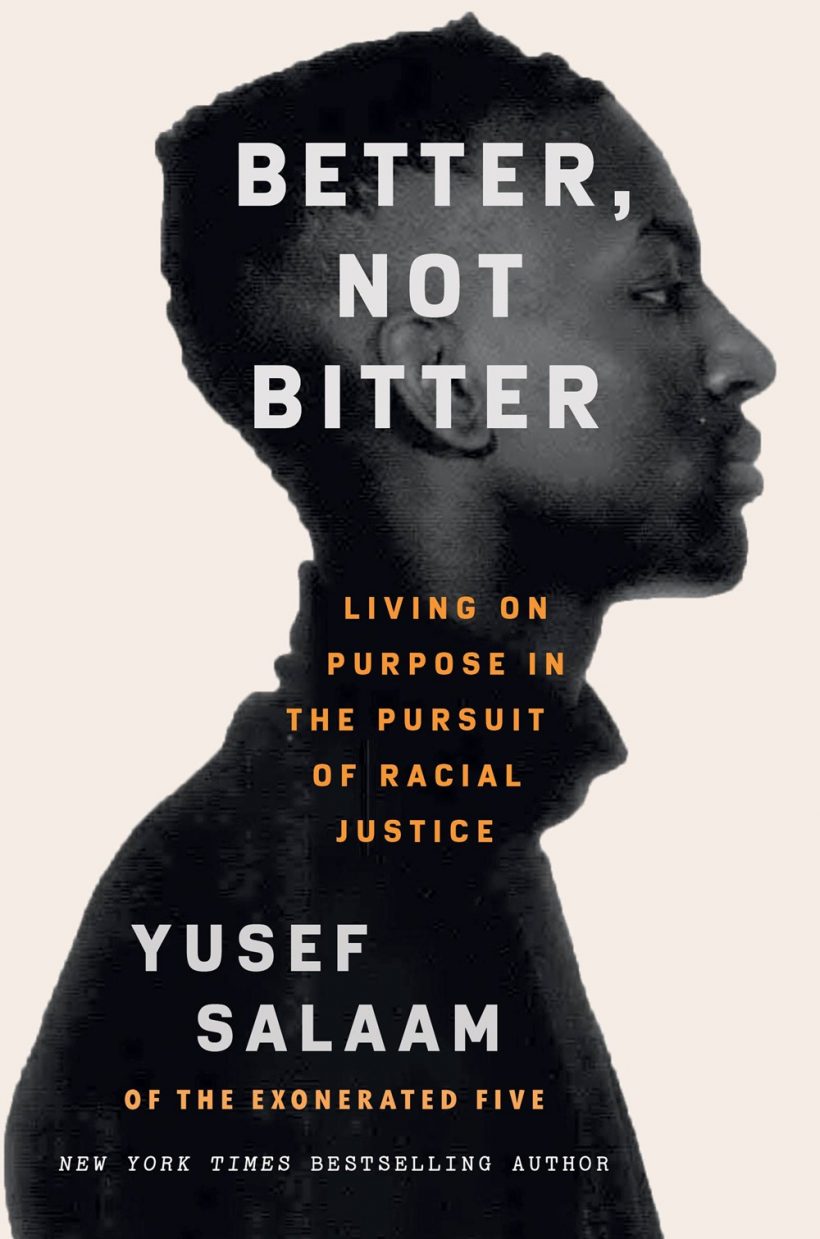 Better, Not Bitter: Living on Purpose in the Pursuit of Racial Justice

They didn’t know who they had.

So begins Yusef Salaam telling his story. No one’s life is the sum of the worst things that happened to them, and during Yusef Salaam’s seven years of wrongful incarceration as one of the Central Park Five, he grew from child to man, and gained a spiritual perspective on life. Yusef learned that we’re all “born on purpose, with a purpose.” Despite having confronted the racist heart of America while being “run over by the spiked wheels of injustice,” Yusef channeled his energy and pain into something positive, not just for himself but for other marginalized people and communities.

Better Not Bitter is the first time that one of the now Exonerated Five is telling his individual story, in his own words. Yusef writes his narrative: growing up Black in central Harlem in the ’80s, being raised by a strong, fierce mother and grandmother, his years of incarceration, his reentry, and exoneration. Yusef connects these stories to lessons and principles he learned that gave him the power to survive through the worst of life’s experiences. He inspires readers to accept their own path, to understand their own sense of purpose. With his intimate personal insights, Yusef unpacks the systems built and designed for profit and the oppression of Black and Brown people. He inspires readers to channel their fury into action, and through the spiritual, to turn that anger and trauma into a constructive force that lives alongside accountability and mobilizes change.

This memoir is an inspiring story that grew out of one of the gravest miscarriages of justice, one that not only speaks to a moment in time or the rage-filled present, but reflects a 400-year history of a nation’s inability to be held accountable for its sins. Yusef Salaam’s message is vital for our times, a motivating resource for enacting change. Better, Not Bitter has the power to soothe, inspire and transform. It is a galvanizing call to action.

Be the first to review “Better, Not Bitter: Living on Purpose in the Pursuit of Racial Justice” Cancel reply