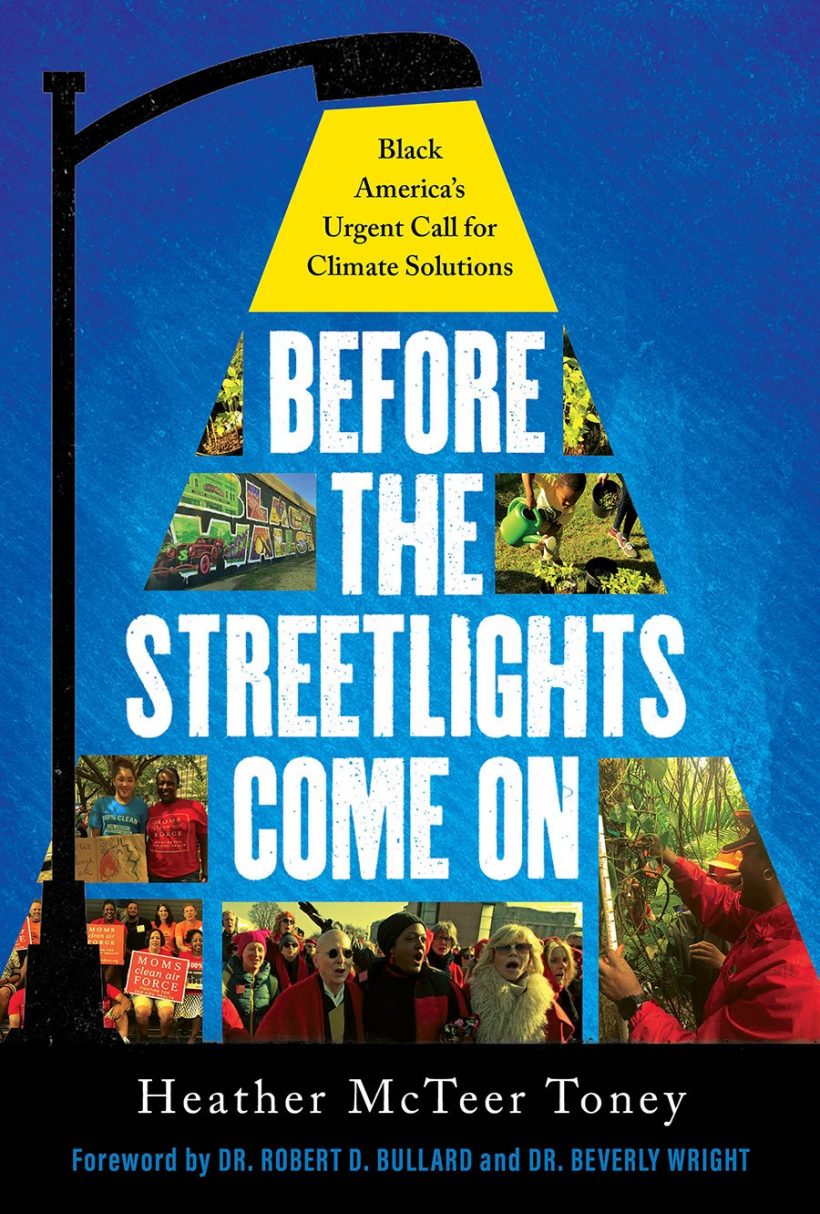 Before the Streetlights Come On: Black America’s Urgent Call for Climate Solutions

Climate change. Two words that are quickly becoming the clarion call to action in the twenty-first century. It is a voter issue, an economy driver, and a defining dynamic for the foreseeable future. Yet, in Black communities, climate change is seen as less urgent when compared to other pressing issues, including police brutality, gun violence, job security, food insecurity, and the blatant racism faced daily around the country.

However, with Black Americans disproportionately impacted by the effects of climate change–making up 13 percent of the US population but breathing 40 percent dirtier air and being twice as likely to be hospitalized or die from climate-related health problems than white counterparts–climate change is a central issue of racial justice and affects every aspect of life for Black communities.

In Before the Streetlights Come On, climate activist Heather McTeer Toney insists that those most affected by climate change are best suited to lead the movement for climate justice. McTeer Toney brings her background in politics, community advocacy, and leadership in environmental justice to this revolutionary exploration of why and how Black Americans are uniquely qualified to lead national and global conversations around systems of racial disparity and solutions to the climate crisis. As our country delves deeper into solutions for systemic racism and past injustices, she argues, the environmental movement must shift direction and leadership toward those most affected and most affecting change: Black communities.

Be the first to review “Before the Streetlights Come On: Black America’s Urgent Call for Climate Solutions” Cancel reply