Black people in America are in a tough position: almost all of our major heroes are the highlights of amazing struggle. Lay out the names of the ones we typically honor here in the US and you will find that almost all are the byproduct of or actively struggled against some form of oppression.

The biographies of sports figures such as Joe Louis, Jesse Owens, and Jackie Robinson tell a story of triumph through severe racial opposition in the 1930s and 1940s. The feats Muhammad Ali, Arthur Ashe and Althea Gibson achieved against immovable norms and often under the threat of violence are absolutely admirable.

In the fight for civil and human rights the backdrop for Black Americans was even more severe.  The physical violence levied against established Black towns, veterans returning home from war in the early 1900s, the civil rights leaders and their families in the 1950s and 1960s and even the modern day activists who are going missing prove how difficult it is to rejoice in the life and celebration of a worthy individual without a persistent and painful reminder of the hurtful memories of the past and present.

These painful reminders and the countless others I did not mention, in my opinion, are part of the reason I believe we have latched on too easily to the isolated “happy” memories of the famous leader, Dr. Martin Luther King, Jr. Of course there is more than simply our want to remember the good times as a reason why we are maladjusted to King’s legacy but I believe our personal resistance to wanting to feel good will help us push back against how his life’s narrative is portrayed, presented and honored.

Black people have to deal with the elephant in the room before we can truly honor MLK: he was not perfect. This is no surprise to some and has been widely talked about for decades but the discourse around MLKs failures or flaws are always met with stern rebuttal. I truly understand wanting to speak factually and not speculate but many of his failures in his mission are widely documented. For example, his attempt to improve the housing conditions in Chicago failed miserably. His misstep, in my opinion, was assuming he was the right voice and had the right approach. Intentions for progress are one thing but something prominent leaders get wrong, MLK included, is that their voice and experience is the right one for every moment. The culture in urban areas like Chicago demand a different voice than the one needed in Montgomery, Alabama. People need to know you understand their specific plight, you can speak their language, written and unwritten, and most importantly, you are one of them. Martin’s efforts ultimately failed to get the results he and his team wanted.

MLK’s personal shortcomings are a little harder to address but none the less important for this conversation. Its been reported (and leaked by the CIA) of MLK’s marital transgressions for years. So why is this such a sore topic for some? The easy answer is that some people have put MLK on a pedestal and any negative comments must be false, presented with resentment or jealousy or are of no consequence. The harder answer is that Martin was one of the best things we ever had. He spoke to our hearts, he marched for our lives and he stood for all of us. Its not too far fetched to think that we want his image to stay pure because he was all we had to hold on to. A small support for this idea is how we reacted when MLK was murdered. It hurt. It hurt bad. The entire country lost a piece of their heart. Many never got over this loss and most likely never gained the level of hope his work conveyed ever again. Can you name a person or group that ever gave hope to Black Americans in the way MLK’s life gave? The short answer is no.

“The murder of King changed the whole dynamic of the country”

So how should Black Americans get adjusted to his legacy? It starts with reading!

1. Head to your local library or YouTube and start with a search of his speeches but eliminate the “I Have A Dream” speech and “I Have Been To The Mountaintop” speech. These are his “shout you” speeches, the ones that get you hyped up but weren’t his most critical or revolutionary. They were meant for a mass audience or a more mainstream approach. He spoke so many times and you can gain so much more from the less popular speeches. Here are some recommendations:

MLK’s “Maladjusted Speech” given at SMU on March 17, 1966: Link to transcript

“Beyond Vietnam – A Time To Break Silence”: Link to transcript and video

“Give Us The Ballot”: Link to the transcript

2. Read widely on his life. Don’t limit your reading on MLK just to the ones who praise him. For example, follow his children and grand children’s work on his life but diversify beyond their voices. Let’s be honest. If you were his children, would you highlight his failures especially personally? You need to find the authors that aren’t necessarily out to destroy his legacy but the ones that will give as unbiased an approach as possible. Here is a starter recommendation:

“Prophet of Discontent: Martin Luther King Jr. and the Critique of Racial Capitalism”

3. Lastly, we are doing a disservice to his legacy by simply reading about his life and putting up expensive statues. His entire mission was change for the disenfranchised victims of an imperialistic, capitalist nation: Black people, poor White people and immigrants. He never wanted us to stop at meaningless gestures. I believe it would hurt his heart to see the racial divides, the canyon between the ultra rich and the super poor, and our continued military spending and activity.

If we can’t accept that MLK wasn’t perfect or allow for open critique of his work and life nor will we open our minds to the more radical nature of his strategy and actions, then we will never truly appreciate his life nor will we ever be able to implement sustainable change.

Let’s make 2023 the year we honor MLKs legacy year round through better understanding of his mission and vision and the tangible programs and initiatives of the Civil rights movement and get working for the people. 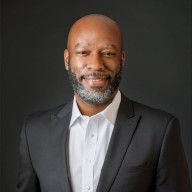